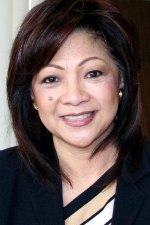 She helped establish the first California Legislative Office of Asian Pacific Affairs which served as a liaison between the Asian American Pacific Islander (AAPI) communities and the State Legislature. As the state director, she played a major role in influencing the AAPI groups to strengthen their political clout by uniting as one voice to address issues that impact the entire community.

Ms. Tom was selected by President Reagan to serve on his Advisory Committee on Women’s Business Ownership. She was appointed by President Clinton to serve on the U.S. Delegation to the United Nations Women’s World Conference in New York in 1995. In February 2003, Governor Davis appointed her to become the first Asian American to serve on the State Personnel Board, which oversees the policies and merit system governing over 200,000 State employees. From 2006-2008, she served as the State Personnel Board’s representative on the Ca1PERS board which oversees the nation’s largest pension fund. She has also advised the California State Controller John Chiang on pensions and investments and she was the founding co-chair of the Association of Asian American Investment Managers.

Our vision is of a country where AAPIs have a powerful presence and role in all branches and levels of government and politics, achieved through AAPI voters who are engaged, informed, and empowered.

CAPA21 has roots in the Coalition of Asian Pacific Americans, founded in 1988 as one of country’s first AAPI PACs.

Paid for by CAPA21